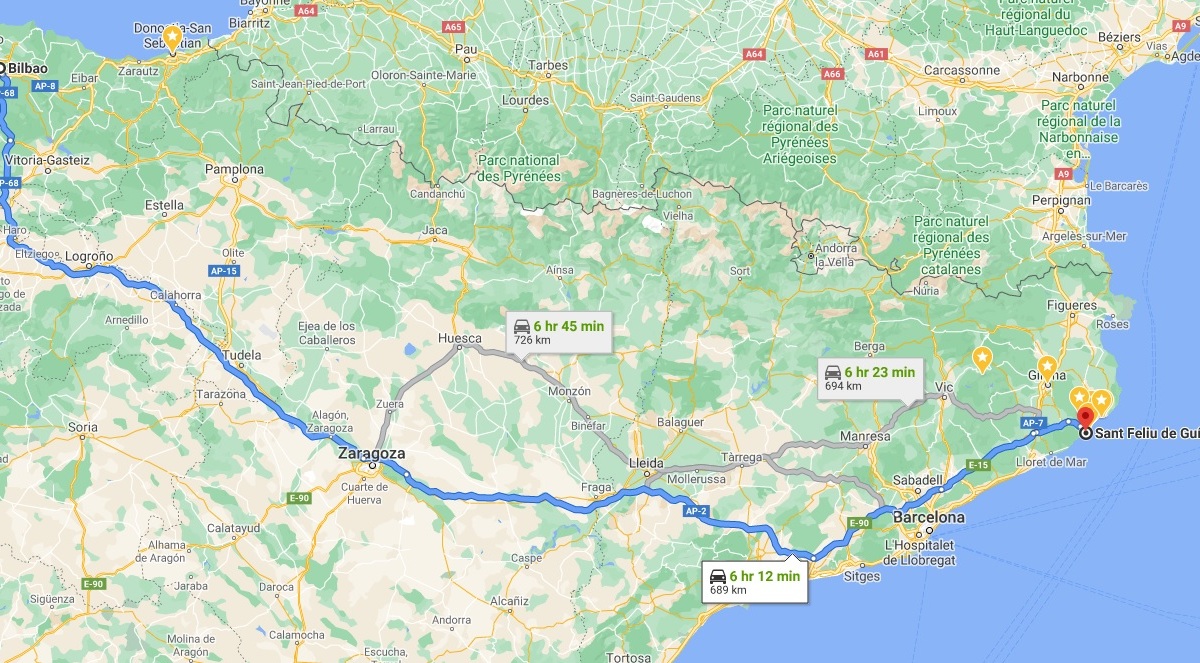 To say 2020 has been a strange year for all of us would be an understatement but we can at least rest assured that the period we are living through will feature prominently in history books. We have all heard about the fall of Rome, 1066 or “discovery” of the Americas but if you lived between, say, 1400 and 1500 the chances are that most people won’t know anything of your time. Scant consolation for lockdown, plague and death but you have to take the positives where you find them.

My consolation in 2020 began with the onset of autumn. The small but perfectly formed wedding we had planned for June fell the way of Covid restrictions and several months later we ended up at the registry office. It was more delightful than it sounds. Then a couple of days later we drove to Portsmouth and boarded a ferry for Spain – the culmination of speculative planning that, coincidentally, turned out to be our honeymoon. The crossing was uneventful unless you call bringing your own coffee machine into the cabin an event.

After 2 nights at sea broken only by a stop at Roscoff we docked in Bilbao and, after a friendly temperature check and the most cursory of glances at our passports through the car window, we were en la tierra de España. Just like that.

Except of course that it wasn’t just like that. All of our bookings were subject to possible cancellation. We ourselves could have come down with Covid despite our hermit like existence. The subconscious release of worry we had been harbouring for many weeks is hard to explain. Our 7 hour journey from the Bay of Biscay across the plains of Spain to the Mediterranean was not the drag it might otherwise have been. The Basque mountains and greenery soon gave way to semi-arid flatlands, dotted with innumerable vineyards and olive groves. The roads were quiet. The sun – the SUN! And just as fatigue was setting in an outrageously improbable Pyrenean mountain spiked out of the Eastern horizon like some dreamily painted backdrop from a 1950’s western film set.

The Catalan county of Emporda heralded a return to greenery and the briefest flirtation with traffic around the periphery of Barcelona, before we rolled into our scantily researched destination of Sant Feliu de Guixols. We stopped by a supermarket and even that was exciting. Freshly squeezed orange juice. So many olives. A fish counter to shame any in the UK.

Side note: Sant Feliu, population 20,000 has over a dozen fishmongers. The average village in this region has more (and better) fish supplies than most English cities. Go figure.

With the shopping squeezed on top of our already saturated payload we navigated the final 5 minutes to our hilltop base for the coming weeks where our hostess greeted us with a twilight tour of the facilities before heading back home to Barcelona. She, like so many other homeowners in this district, is a city dweller with a second home here for weekends and the occasional longer escape.

We are here. We are alone. I stand awhile on the balcony looking out at the sea a mile away. There are lights in the harbour of Sant Feliu to my right. The air is mild. A light breeze ruffles over the pine trees that form a green cloud like canopy on the lower slopes. Bats flit noiselessly between the branches. I can hear nothing save for the odd cricket.

What can we expect while we are here? Will a Spanish lockdown curtail our adventures? Will working remotely dampen this feeling of escape? We have steadfastly agreed not to think in these terms.

The important questions are: Will it be warm enough in October to take a dip in the pool or in the sea? How soon can I stuff my face with fish? Will Duolingo make me proficient in Spanish? How do you pronounce “Guixols”? Only time will tell. Until then, buenos notches y hasta luego.

2 thoughts on “An Unlikely Honeymoon”