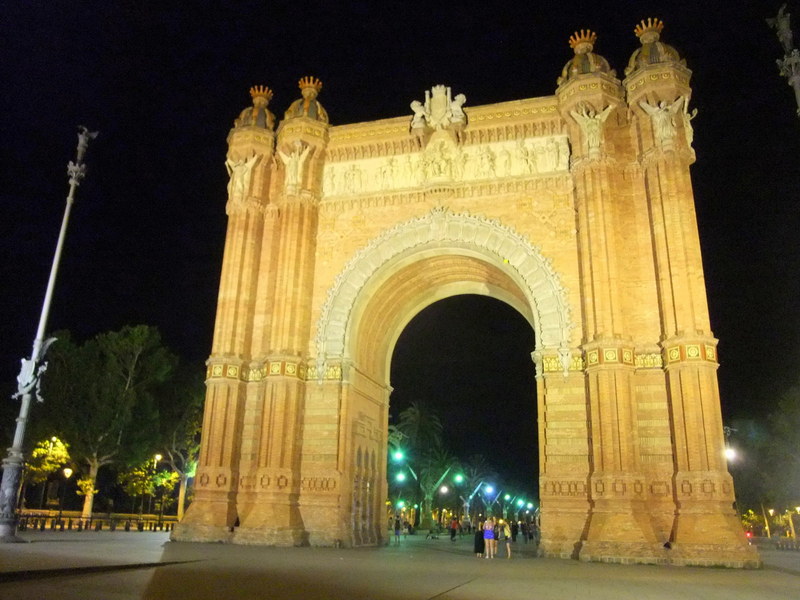 Have you ever visited the perfect holiday destination and wondered where the locals go on holiday? Barcelona presents this dilemma.

If you haven’t been to Barcelona then you should go as soon as humanly possible – jump on the open top tourist bus and do some tourist things because they are great! If you have already been to Barcelona then you should go back and do the many exciting things you didn’t get to do last time. Nobody who goes once doesn’t want to return. But what if you have already been three times – why would you want to go back and what would you want to do?

I chose to visit Barcelona for a fourth time because I wanted to relax on beaches and in parks but then have the option to get cultural when lying and sitting down started to wear thin. How many other places can offer you such depth of opportunity for sun, sea, sand and sights at the end of a two hour budget flight from central England?

This time I wanted to live like a local away from the tourist mass and what better way to do this than to live with a local. My first experience of room renting website AirBnB is a positive one. For a week my home is a nice double bedroom in the Dreta de l’Eixample district. My room leads onto a 5th floor balcony and I’ve a modern kitchen and bathroom at my disposal.

My host Alex was born in the city and is a true Catalan, speaking Spanish as a second language and English as a welcome third. As if to underline these credentials he informs me that he inherited his FC Barcelona seat from his father who in turn inherited it from his father, who bought the seat when the Nou Camp stadium was originally opened in 1957. Alex alludes to the intrinsic link between FC Barcelona and the Catalan people and this article attempts to explain these political and social relationships.

For sure there are plenty of Catalan flags draped from balconies but at street level I just get the sense of a very strong socially cohesive community where residents know their neighbours and make the time to chat with them.

This district attracts all generations. Retired folk stop a moment to smile doe-eyed as an unbearably sweet crocodile chain of pre-school kids are marched down the street to morning play group. After all, what’s the hurry?

There are any number of small local businesses within very easy walking distance, such as (fabulous) fresh fruit and vegetable shops, cafes, bars and restaurants. Yes there are plenty of small supermarkets but nothing to threaten the local businesses. Alex points out that people here shop for fresh food each day, in contrast to the British trend of a huge weekly shop at some out-of-town superstore requiring the use of a massive fridge/freezer.

…and the local bakeries are just divine! Perhaps the most bewildering sight is the sheer number of little café/bar establishments that seem to carve out a living alongside each other, selling coffee, beer and tapas all day long. There are a few tourists in the streets near my flat but the majority of business does seem to come from locals. Young people in particular seem to flit from one social gathering to the next.

Even with all of these facilities on your own street you sometimes need more from your shopping trip and a fifteen minute stroll to the Mercat de Santa Caterina presents yet more culinary opportunities.

While not quite as immaculately presented as the more famous and touristy Boqueria market on La Rambla this market has an abundance of attractive fresh food stalls and most of the shoppers are stocky old ladies towing wheeled shopping bags behind them.

I find it a little incongruous to hear Dexys Midnight Runners over the tannoy but that has to be a sign of authenticity, right?

One of the advantages of living in this area is access to public open space. Within two blocks I’m at the Arc De Triomf…

… which provides a spectacular gateway to some of the finest open green space in the city. A slow amble down the leafy promenade that starts here provides some welcome shade from the fierce sun. Most of the benches are occupied with people talking, reading, glued to headphones or just watching the world go by.

There’s plenty to watch here with a procession of joggers, dog walkers and inline skaters. One enterprising guy sails past on his skateboard with his dog in tow. Then I come across the old boys immersed in a game of Petanca. You sense they have been playing for 50 years – perhaps against each other at this spot. It’s a close game but one player excels with precision placement drawing cries of olé olé olé from one enthusiastic onlooker.

At the end of the palm lined avenue and across a road is the picturesque and expansive Parc De La Ciutadelle. The grand fountain here is famous but there is more to see amidst the blossoming gardens including a boating lake.

The birds love this park and none are more vocal than the parrots – their piercing squarks as ugly to listen to as their green plumage makes them attractive to watch. They look similar to the Wild Parrots of Telegraph Hill that I encountered in San Francisco earlier this year but there are many more of them here.

It’s hot. Anybody not walking finds shade on a bench or on the ground beneath a tree. I spend hours here reading a book while eating cherries that taste twice as sweet and cost half as much as those at home (on reflection I reckon I must have demolished 4kg of cherries in a week). I’m a little ashamed to say that I also spent hours listening to the test cricket on internet radio. This was possible due to the extensive network of free public WiFi stations that benefit residents and tourists alike.

This initiative is typical in a city where Big Society is a reality and not an empty soundbite. A cheap integrated transport system lessens the need for car usage while the Bicing bike rental scheme – akin to the Boris Bikes in London – is popular with locals, including Alex.

As the evening draws in the night air remains hot and humid. Cafes in the street below my balcony show no signs of shutting up for the night until gone midnight. There is plenty to reflect on over a chilled beer.

In so much as a visitor can get a feel for a place I can fully understand why people would want to live here and put down roots. For me Dreta de l’Eixample sets the right example – gets the balance right. To me it seems that to live here is to have everything one needs. Life in a bubble perhaps…

Returning to my opening question, where do you go on holiday if you already live in the perfect holiday destination? As I ascend the escalator at Arc De Triomf Metro station I double-take at the “Visit Wales” tourist poster. Now that sets me thinking…