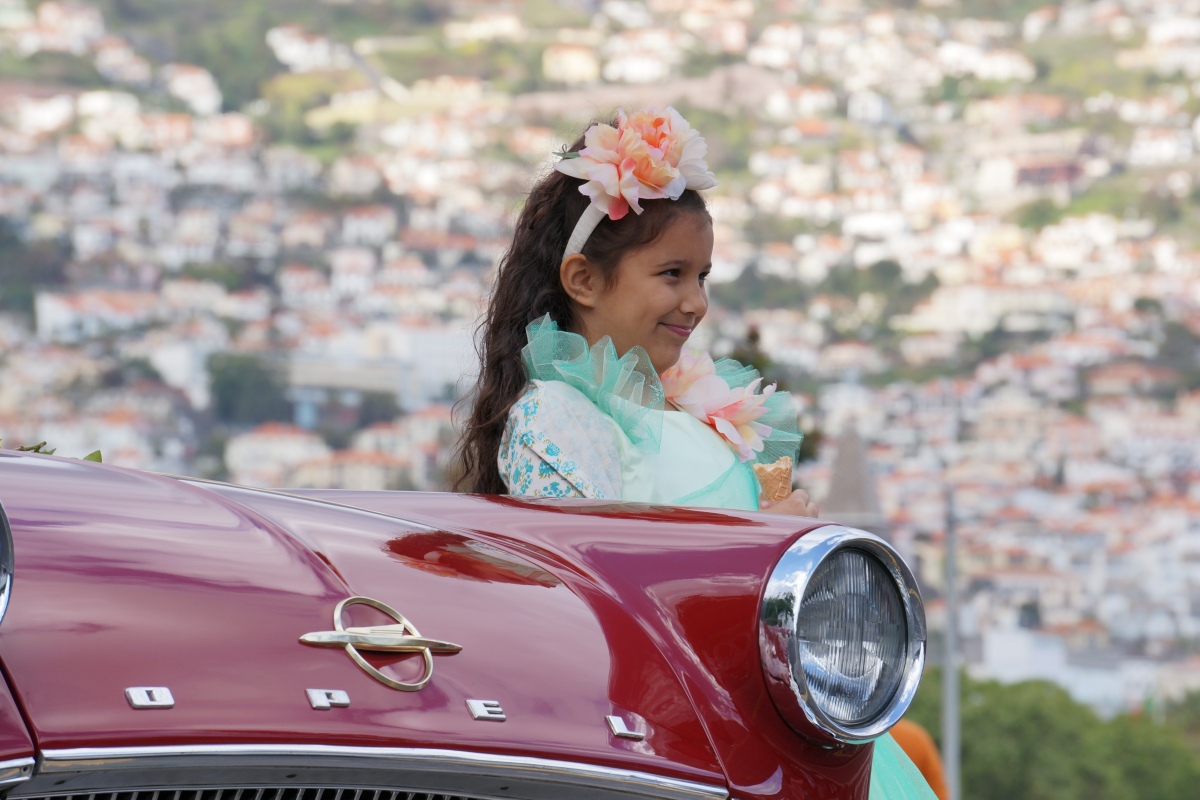 Why haven’t I written about Madeira before now? Probably the same reason I haven’t written any blogs for a long while – I’m now a farmer (see all the allotment posts). Better late than never, which also describes my feelings about not having visited Madeira until relatively recently.

This rocky island is the summit of a dormant volcano poking out from the Atlantic off the west coast of Africa. If you haven’t visited this Portuguese outpost you will probably be aware of the wine and cake bearing its name. So far so good but there’s more. So much more that it passes the test of one of the (few) places on my travels that I could happily live in under different circumstances, such as a lottery win or bank heist. Let me elaborate …

This may prove your major obstacle. The airport runway has been dramatically extended into the sea in recent years but that hasn’t solved the problem of cross winds.

My inbound flight was unable to land due to high wind speeds and after instead touching down on the neighbouring rock of Porto Santo the flight was eventually diverted to Tenerife where the passengers had to spend a night before the journey could be completed the next day. This sort of thing is happening a lot and it’s a real blight on the islands substantial tourist industry.

Once you are there you can enjoy fabulous mild to hottish temperatures all year-round – great if you want to sit on the beach. Except there aren’t any beaches of note. Recently some homes have been lost to wild fires and storms that have flooded some coastal areas washing people out to sea. Still want to come?

Madeira boasts a remarkable landscape and has been described as Little Switzerland, which really doesn’t do it justice. There is barely a flat surface on the island. It rises as cliffs from the sea up to heady peaks that look down into vertigo inducing valleys. You can be basking in the sun in the coastal capital Funchal at the same time somebody is trying to peer through the mist in mountains just a few miles away.

The North of the island could pass for the Scottish Highlands with sturdy cattle grazing the verdant rocky hillside.

Until relatively recently the many villages and small towns on the island were connected tenuously by a crude system of roads and tunnels that effectively discouraged travel.

Today you can travel around and through the landscape with great efficiency due to an astonishing number of modern EU funded tunnels and bridges that have transformed life on the island and made exploring Madeira a joy.

The toy town road system has only partially domesticated travel. Rock falls are a frequent occurrence and my own travel plans have been scuppered by closed mountain routes. Furthermore the very steep narrow roads of the capital Funchal will leave nervous drivers needing a glass of Madeira or two. Another pitfall awaits if you fail to appreciate the fuel demands on a car mercilessly flogged up hairpin roads for 45 minutes. When the fuel gauge on my rental hit zero I was able to coast downhill for 25 minutes to the nearest fuel station using nothing but the brake pedal.

If I had to choose one thing that makes Madeira a must-visit island it would be the truly astounding array of plant life that thrives in this environment. There are a number of popular gardens you can visit in Funchal but there’s really no need. The average roadside verge may well provide home to the sort of exotic plant life that you would pay to see at home.

Madeirans take great pride in their gardens and a walk of the streets will reward you with an abundance of front garden colour and more species of Orchid than you knew existed.

It is perhaps because of the isolated history of Madeiran communities that the people here have learned to be very self-sufficient. A high proportion of residents grow their own produce. The volcanic soil is rich in nutrients for growing and the climate is great, which just leaves the need for water.

And that leads to another remarkable Madeiran tale. A vast network of water channels called levadas has been constructed over the years to bring water from the mountains down to the communities.

The closest parallel to UK agriculture would be the endless pattern of dry stone walling hand-built and maintained by farmers over generations. Today the levada network draw a considerable numbers of tourists who come to walk the paths alongside the Levadas. I’ve walked a couple myself and these utilitarian paths traverse parts of the dramatic interior that would otherwise be inaccessible to the public.

I don’t write about a place without mentioning food, usually in too much detail. It goes without saying that the produce grown in this garden of Eden contribute to fabulous cuisine but this is overshadowed by the seafood. Supermarket fish counters groan under the weight of species we can only dream of in the UK, although that doesn’t explain why the islands of Great Britain offer such an impoverished selection of fish to consumers.

Specialities here include the vicious looking Espada – a prehistoric fish caught at great depth which looks less threatening on the BBQ, and limpets grilled in butter and garlic. They are to die for!

The legendary Mercado dos Lavradores fish market in Funchal has long attracted more tourists than serious shoppers due to its enticing displays of fresh Espada. As a side note I recently read a 1970’s National Geographic featuring Madeira which included a picture of the fish market. It hasn’t changed one bit in 40 years.

Many tourists travel home with a bottle or three of Madeira wine. It’s great. Then there’s the madeira cake. It’s not great. That’s just my experience.

Life and all that

Life in the populous capital of Funchal is doubtless a little different to that in an isolated hillside village but there are some universalities. This is a low-rise island. People have gardens and grow things. There appears to be is a cohesive social infrastructure. All good things. As a tourist I particularly like the numerous quinta that are available to rent. A typical quinta is a grand colonial era villa with impressive dimensions and a thriving garden.

I would heartily recommend you seek out a quinta ahead of some sterile hotel half way up the hillside. Nothing beats drawing open curtains in the morning and walking onto the balcony to smell the intoxicating aroma of hibiscus and see the sun beaming off the sea. My quinta had the bonus of a banana tree which thoughtfully deposited breakfast onto a sun bed each morning.

I took to reading an English-speaking news blog throughout my stay and it was full of the domestic issues we might have at home albeit on a smaller scale. Traffic jams in the capital resulting in just 10 minute delays – yes please! As a tourist you can dodge all this by staying in bed a little longer or delegating responsibility to the excellent bus service. Don’t get the wrong impression – life here seems to run at a mercifully slower pace than in mainland cities.

Madeira hosts its fair share of festivals including the appropriately named Atlantic Festival. I arrived at the end of a Flower festival which was spectacular if not a little gratuitous on an island that is effectively home to a year-round flower festival.

Each village seems to host some festival of its own such as the lemon festival that I attended. It was just lemons.

Even when the flights are disrupted a steady stream of huge cruise ships dock in the harbour at Funchal. There’s a port-side area of Funchal that seems to be geared up for bewildered folk who wander in from their ship, sit in the first tourist restaurant they find, buy some Madeira wine and then drop by Starbucks before returning to their vessels for the night.

Madeira – tick. I guess they generate some tourist income but that’s the equivalent of travelling to the UK and just visiting Stratford Upon Avon. You’ll leave without much authentic experience of an island drowning in authenticity and individuality.

One such icon of Madeiran individuality is the Monte toboggan run – a bizarre rapid descent of Funchal’s steep roads while seated on a wicker sofa being “driven” by sturdily shoed gondolier types. It makes little more sense when you see it first hand but it does look like fun. This all takes place on the public highway and the only thing preventing a collision with cars at junctions is a potentially intoxicated marshal wearing high vis.

A couple of weeks after I returned home there was a news article about one of the toboggans careering into a parked car and injuring the incumbents. You just know their insurance isn’t going to cover that.

I can’t finish without mentioning Madeira’s most famous son Christiano Ronaldo. CR7 (as he has been branded) is omnipresent within these shores. There is not only a statue (obviously) but an entire Christian Ronaldo museum. I haven’t been but I imagine a series of wax works all in various horizontal states – lying down, rolling around, waving imaginary wax red cards, etc.

I hope to have painted a picture of Madeira, although it feels like I have hardly scratched the surface. There can be nowhere else like it on the planet. This remote outpost of Europe packs so much into such a small space and has so much to call its own. If travel is about experience then there can be nowhere finer to visit than Madeira. Just so long as your plane is able to land…