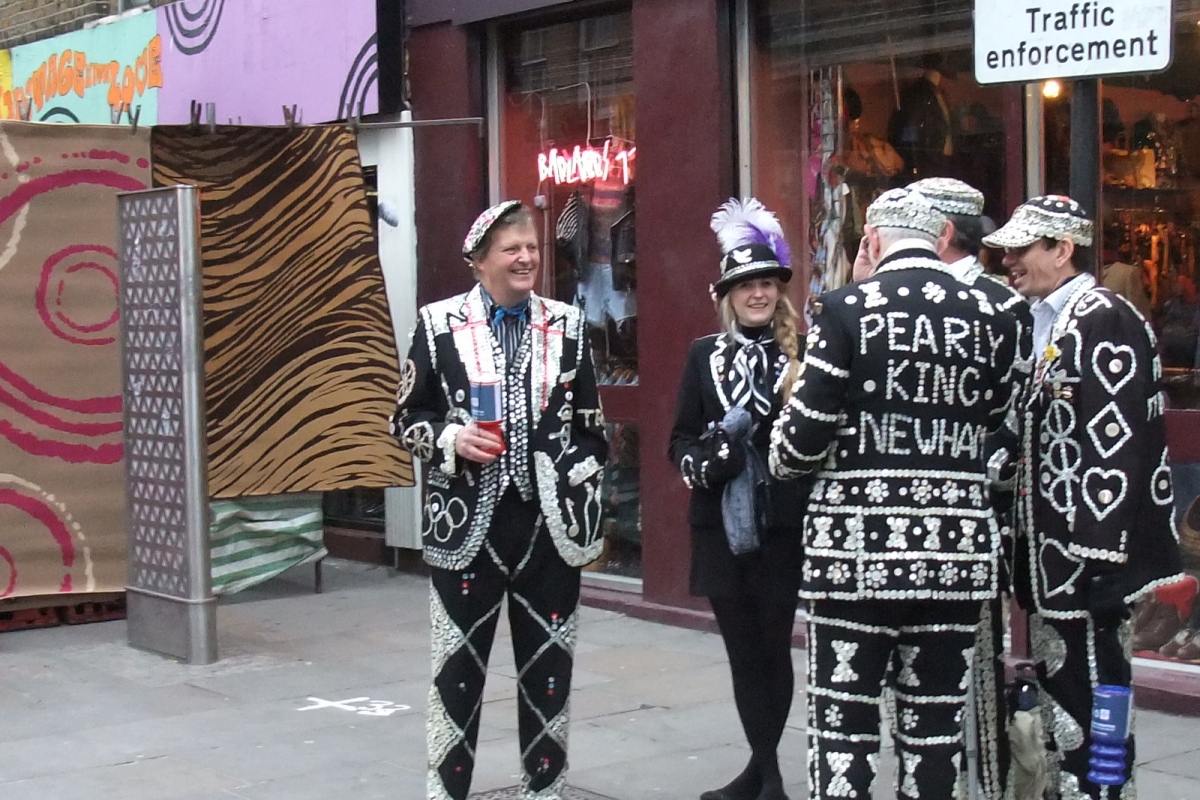 It’s hard to believe that I have only had a smart phone for 9 months. Looking back this was a pivotal point in my evolution, akin to man’s discovery of fire, the invention of the wheel or realisation that my hair looks ridiculous without taming gel.

Last Year I wrote a guide to London. Now I’m back for my annual period of restoration and discovery but this time I’m armed with this ultimate guidebook. It even makes phone calls. With all of this firepower at my disposal I‘m understandably keen to find out how my HTC can improve the London experience.

My pocket advisor is already on the case as I make the journey south. The National Rail Enquiries journey planner live departure board informs me my train will arrive on time (surprisingly). It also tells me how the journey is progressing against schedule more accurately than the on-board train announcer’s updates.

Once in the capital I find two Android travel apps to be indispensable. The Tube Map by MX Data is brilliantly simple. It displays an interactive tube map (nice) and if you enter a departure and arrival station it tells you the most efficient route and likely duration. This proved enlightening when I had more than one route option as you can’t infer distance or duration from the tube map. Additionally if you register your Oyster card details the app will tell you your balance.

The other travel app called PubTran from App Brain is less satisfying to look at but a more comprehensive beast altogether. It looks at all transport options including tube, over-ground train, bus and even boat. You enter start and end locations (plus departure time if not imminent) and you get a full travel itinerary plus timings, with respect to life traffic updates. The maps are static and a little bulky but that’s a minor criticism. Overall, this is a superb app.

They say the best way to get around London is by foot. The ubiquitous Google Maps (for Android) is slick and powerful although you are always reliant on a decent GPS signal in order for it to work out exactly where you are. At one point while on the South Bank the Google map positioned me in the middle of the Thames, which was amusing but unhelpful. The latest version now enables map displays including 3D profiles, so a high rise looks different to a bungalow. I just found this a hindrance but you can easily switch to 2D mode. For me the most useful features – above and beyond general mapping – were:

An example of discovery – I’ve been staying at the City Road Travelodge for 3 years now and only now with an aerial map did I realise there’s a cricket pitch slap-bang right opposite the hotel on the border of the financial district.

I went for a browse and it was gated off which seemed a shame given the shortage of green space in the city.

What to do when in London? I usually cast an eye at TimeOut but this year I have the TimeOut for Android app. It allows you to search by location and entertainment category but for me there were some niggles. It was admirably simple to use but perhaps a little light on features, while crucially it didn’t seem to pick up on my GPS location. It’s a new app and I’m sure improved versions will be on the way.

If you’ve been to London in the past 3 years you can’t fail to have noticed the propagation of Barclays bikes – better known as Boris Bikes after the frothing mayor of London Boris Johnson. Under this scheme anyone can rent one of the 6000 bikes (soon to be 8000) from any of the unmanned rental hubs that dot the city. If you want to know what I thought of the bikes themselves you’ll have to read my next blog as I’m sticking to the tech here. I downloaded the official Barclays Bike app which aims to:

I already understood the scheme having visiting the TFL website but the app included usage videos for the uninitiated. The facility to find maps was very poor. You just get a crowded map of London on the screen with countless hub icons overlayed in one confusing continuous mass. There are no zoom controls and it took me a while to realise I had to “pinch” the screen to control zoom levels. Furthermore when I downloaded the app in Derby a few weeks ago the map unhelpfully centred in on Derby and I couldn’t easily move to a London view to see the hubs there. Very poor.

The route planning capability was also flawed as it plotted out against main roads where there were quieter and more direct cut-throughs. Also, why not incorporate audible sat-nav instructions to make navigation a hands-free affair? Searching for a destination by text was flaky and once you had your route it was lost and forgotten if you navigated away from the screen.

The only positive things I have to say about the app are that it does tell you where the hubs are and also provides indicative numbers of bikes and empty docks at other stations. This app needs a lot more work and I’m convinced some independent developer can or has written a better app, assuming that there’s a half decent API available.

So far the apps have been all about planning and organisation but here are some softer angles. When you travel somewhere how do you find out what is happening at a local level out of the gaze of guidebooks and travel review websites? As a twitter user my social network extends beyond my home area, although I don’t have any regular London correspondence. A simple word search however (with or without Hashtags) soon enables you to find out what local people are up to. I searched for tweets including the words “Shoreditch” or “Hoxton” and soon found out what people were talking about and where they were going. I even exchanged tweets with a local about venues.

Another app I use is Four Square which enables you to check into places in a rather sad and pointless way. One benefit (possibly the only one) is that you can read the comments that other 4sq users have made about locations. Check into Derby railway station for instance and somebody points out that a radio cab firm 50m away is cheaper than the stand right outside the station (I paid £4 vs probably £6 in a yellow cab). At Borough Market I was overwhelmed with eating choices but so many people on 4sq raved about the chorizo, pepper and rocket ciabattas from the Brindisa stall that I followed their advice. They were not wrong!

My final app isn’t really a travel app as such but I used it on a few occasions so it gets a mention. On first appearances Shazam is something of a gimmick. This app claims to be able to identify any music by recording 20 seconds of it. I’ve grown quite fond of Shazam because it’s such a clever and impressive app. If I find myself in a shop or a pub and there’s music that I like I can find out the track and artist. What’s more it seems to work even in poor conditions when there’s background noise.

In summary there can be no doubt that the use of a range of apps on a smart phone has enabled me to travel more effectively and opened up opportunities I would otherwise have missed out on. Of course you can spend far too long staring into your phone rather than taking in your surroundings. The trick is to familiarise yourself with the apps before you go so you’re not trying to suss them out later, and to rapidly dispense with the ones that don’t deliver.

Applications and connectivity will only improve and once they combine ease of use and quality of information with speed of delivery we will find ourselves reaping the full benefits of them with the minimum imposition on our valuable travel time. I suspect that there’s a lot more to come…